The Whisperer Speaks—This Time on TV

Last year, Evening Magazine from King5 TV came to Anacortes to do an interview with the Dragonfly Whisperer. It was aired on September 11 at 7:30 pm. I just heard from them, and they plan to air the segment again tomorrow, Tuesday, September 10, 2019 at 7:30 pm. 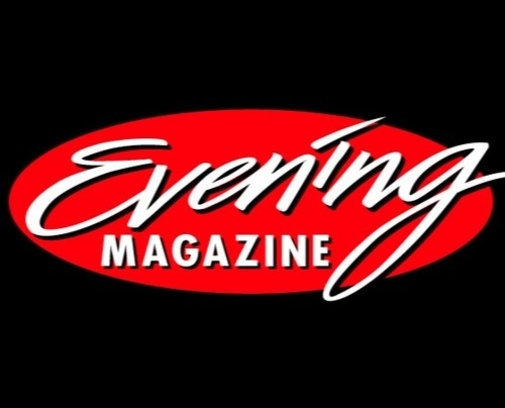 They were getting some great shots with their video equipment. They could fill the entire frame with small damselflies, and get really nice close ups of dragonflies. Here's the cameraman getting a video of me taking a picture of him (notice the reflection of my hands holding my camera in the video lens): 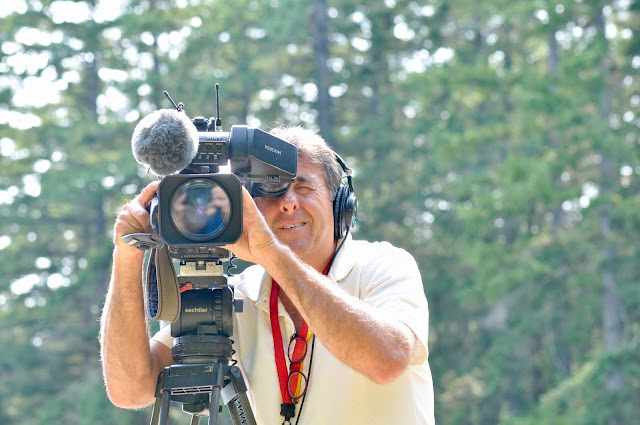 We filmed at Cranberry Lake, where we took videos of damselflies, and at Heart Lake, where we concentrated on dragonflies. At Heart Lake we had a nice look at a female Cardinal Meadowhawk. They got great video of the dragonfly, as well as video of me taking pictures of it. They will then intersperse some of my still shots, like this one, in the finished segment: 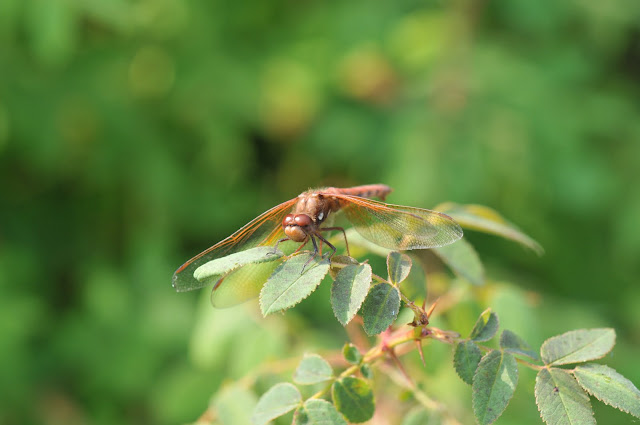 We also saw several Eight-spotted Skimmers, again with the video camera getting great views, as well as shots of me taking pictures of the dragonflies. Some had quite a bit of wear on their wings, like this one: 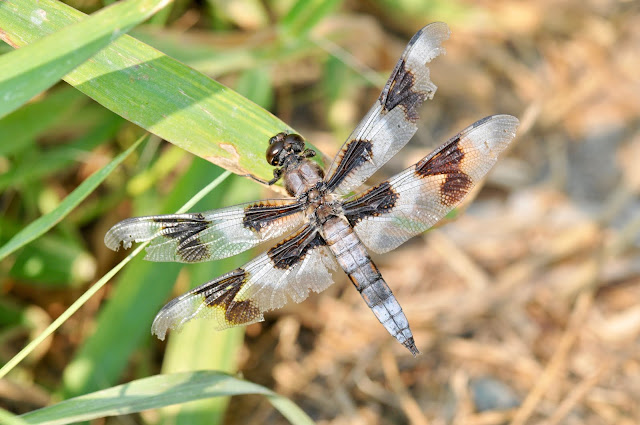 One even had an entire wing missing. I've seen ragged wings, and wings with sections missing, but this was the first time I had seen a dragonfly with one wing completely gone. 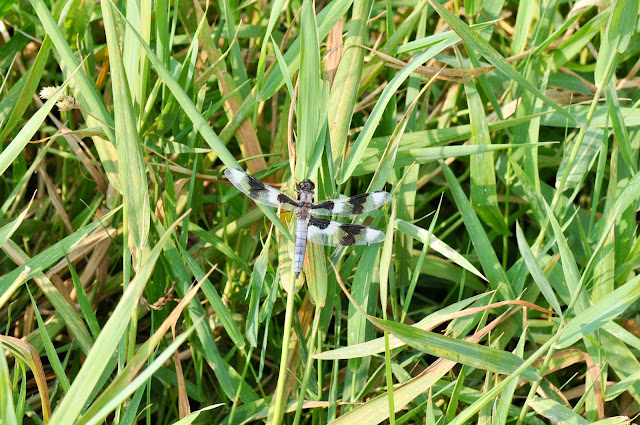 As the cameraman for Evening Magazine said, "It's amazing it doesn't just fly around in circles." That's right, but in fact it was flying pretty much normally.

I think they did a very good job with the segment, and it's always fun to see some dragonflies on TV. If you're not able to see the broadcast, you can view a video of the entire segment at the following link: